Baltimore is home to a huge variety of attractions. It’s a haven for travelers and tourists. It’s where we’ve constructed the New Psalmist Retreat & Meeting Center, Baltimore’s premier event hall. We consider Baltimore home. We value its rich culture, and we celebrate its history. That’s why we’ve, as of late, been dedicating our blogs to attractions and entertainment that you can enjoy throughout Baltimore. We’ve discussed the George Peabody Library, the Maryland Zoo, Federal Hill Park, Fort McHenry, and the historical boats in Baltimore’s Inner Harbor (among several other attractions). Today, let’s take a look at Babe Ruth’s birthplace, Little Italy, and Fell’s Point, three great attractions in the heart of Baltimore. 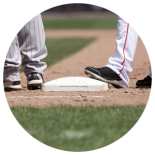 Babe Ruth, the Big Bam, the Sultan of Swat, the Great Bambino, the Big Fellow, was born right here in Baltimore. Take a tour of Babe Ruth’s Birthplace and Museum, and soak up facts about America’s favorite baseball player. Educate yourself on Babe’s stats as a star baseball player. Learn about his career. Learn about Babe’s personal life, his fatherhood, his wife, and his friendships. Learn about Babe in ways that you can’t anywhere else. Learn more about the Babe Ruth Museum and Birthplace here. 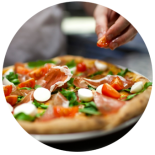 Baltimore proudly houses a Little Italy neighborhood. Tour the streets that harken back to the old country. Enjoy festivals, food, and fun throughout Little Italy. Have a try at bocce ball at the Bocce Courts at D’Alesandro Park (located at 902 Stiles St.). Or check out an open air film at the Baltimore Centennial House where movies are projected out of the third story! You can also learn to cook authentic Italian cuisine at the Pandola Learning Center. Little Italy is just east of downtown Baltimore. You can learn more about Little Italy from www.littleitalymd.org.

Spend a Day at Fell’s Point

Eat, shop, and have fun at Fell’s Point of Baltimore. Located just off the Inner Harbor of Baltimore, Fell’s Point is home to some of the city’s premier restaurants and shops. Fell’s point also houses some of Baltimore’s most notable architectural feats. Take a look at the Robert Long House, a 1765-built home that holds the claim as Baltimore’s oldest surviving home. Or view the Saint Patrick Church. You can learn more about the activities available throughout Fell’s Point here.